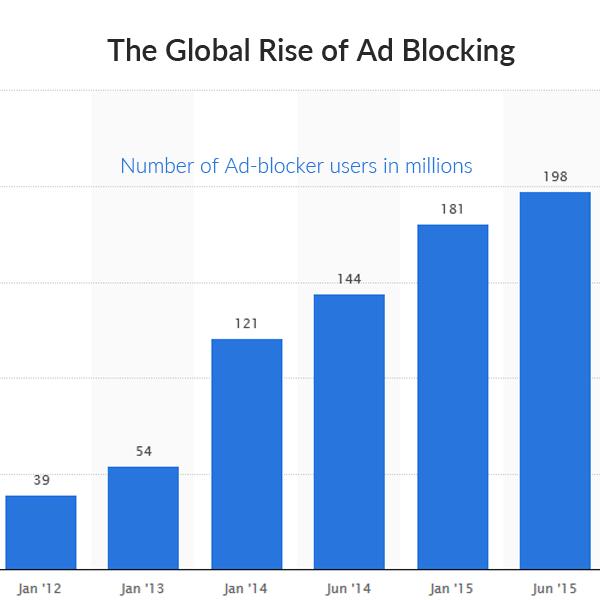 Ad blocking is a growing concern in advertising — right up there with viewability and fraud. Numerous studies have shown that 30 percent of Internet users use ad blockers. The usage is highest among Millennials and high-income segments. Once a user installs an ad blocker, all ads are blocked—including the ads users would like to see.

Axel Springer, one of the largest digital publishing houses in Europe, now forces visitors to the online version of their best-selling tabloid Bild to switch off their ad blockers. Visitors who choose to continue using ad blocking software are required to pay a monthly fee of €2.99 (or $3.20) to be able to use the website.

In October, when Germany’s Axel Springer banned readers who used ad blockers from its tabloid website, AdBlock Plus quickly offered workarounds for its affected users within 24 hours. Axel Springer had to ask the court to intervene and successfully had the workarounds removed.

Springer has been particularly aggressive among European publishers in fighting the growing practice of ad blocking, which threatens their ability to generate revenue from online advertising. So far, results have been impressive, as Springer’s anti-ad blocking policy has translated into 3 million extra visits to the BILD.de site.

A study of user behavior of 10,000 random ad-blocker users by AdSorcery Lab showed that, given the choices, 32 percent of users were willing to turn off their ad blockers, 13 percent paid for content and 21 percent agreed to watch alternative advertisements.

“Like Axel Springer, publishers need to empower their visitors to make choices — and become their trusted content provider. Publishers need to step up their game.” said Tri Huynh, our own expert in countering ad blocking.

Ad blocking is the wrong answer to bad advertising. They are purposely designed to block all ads by default.Tri Huynh, CEO of AdSorcery

Axel Springer’s move was started in August 2015, and was the first of its kind in Germany. “I’m optimistic that ad blockers will not develop into a game-changer for the industry,” said Chief Executive Mathias Döpfner.

On Nov 23, German media conglomerate filed a lawsuit against the developers of Blockr, an ad blocker for iOS 9. It is specifically looking to halt both the development and distribution of the app.

The results are beyond our expectations.Mathias Döpfner, Springer Chief Executive

The publisher’s enforcement of the monthly fee for ad blockers will accentuate the war between people using these software and media owners who rely on advertising revenue as part of their online business model.