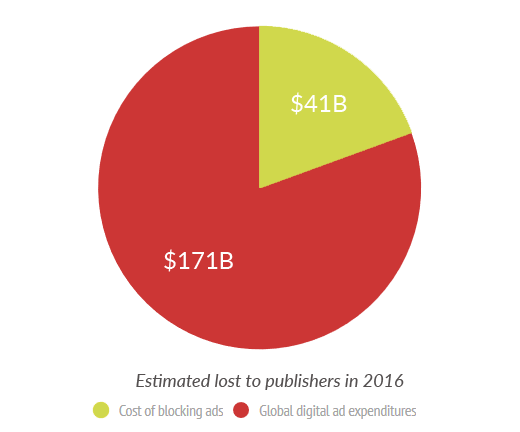 AdSorcery, a startup company, today at the Houston Technology Center (HTC) unveiled a platform for publishers to circumvent ad blockers. The launch follows a successful 12-month testing period with several local newspapers and technology blogs in Houston and Austin.

“In the testing period, many clients saw up to 30 percent increase in revenue. We have learned that audiences respond well to transparency,” said Tri Huynh, AdSorcery CEO. “Publishers need to empower their visitors to make choices—and become their trusted content provider.”

With AdSorcery, publishers can offer transparent choices to ad-blocker users to support the content they love and enhance their overall experience.

In one pilot test with two gaming blogs run by GamerNet Media Group, a study of user behavior of 10,000 random ad-blocker users showed that, given the choices, 32 percent of users were willing to turn off their ad blockers, 13 percent paid for content and 21 percent agreed to watch alternative advertisements.

Numerous studies have shown that 30 percent of Internet users use ad blockers. The usage is highest among Millennials and high-income segments. Once a user installs an ad blocker, all ads are blocked—including the ads users would like to see.

“Ad blockers are the wrong answer to bad advertising. They are purposely designed to block all ads indiscriminately,” said Huynh. “Good ads and good designs don’t really matter at all.”

While other anti-ad-blocking solutions are just replacing ads with more ads, AdSorcery focuses on audiences’ experiences, privacy and choices.

To increase user engagement, the platform’s machine-learning models enable publishers to target responses based on visitor behavior, value and contribution. For example, an ad-blocker user who is also a frequent commenter might be targeted differently.

“Ad blocker has hurt our bottom line in the last two years. I was surprised with the positive results in the beta period,” said Daniel Ng, chief revenue officer at GamerNet Media. “We’re now excited about deploying AdSorcery to all our blogs and forums.”

“While others are preaching publishers with theories to fight off ad blockers, instead, we give them a proven solution,” said Anh Le, CTO at AdSorcery. “The ultimate solution is to re-establish trust with their audiences. Everything else is just noise.”

The AdSorcery platform can circumvent ad blockers on both desktop and mobile web browsers—preparing publishers for the challenges ahead. AdSorcery is funded and advised by Houston Technology Center and The McNair Ignition Fund.