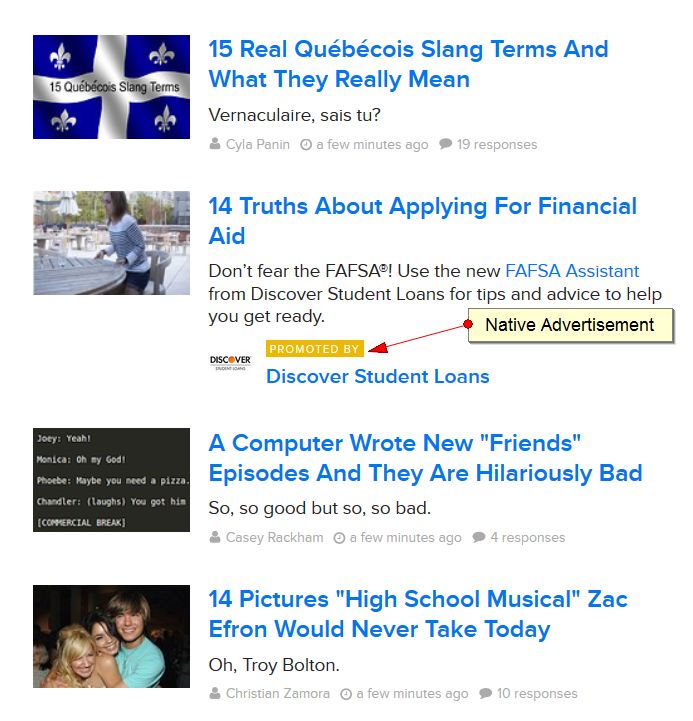 In the Cannes Lions festivities last year, when Yahoo’s Marissa Mayer said native advertising is the solution to ad blocking, digital publishers around the world rejoiced. They had been looking for a solution for months. Finally, the 200 something millions of ad-blockers users could no longer hurt their ad revenue.

And Marissa really meant what she said. Yahoo aggressively rolled out its native advertising solution on Yahoo! Mail. It worked for a while (http://tinyurl.com/zvdg7rl) –maybe 3 months—and then ad blockers figured out how to block it.

Not backing down, in November, Yahoo then decided to ban all ad-blocker users from accessing their email accounts. Officially, Yahoo’s native ad strategy is over.

The myth of native advertising as the Holy Grail to combat ad blocking, however, lives on. 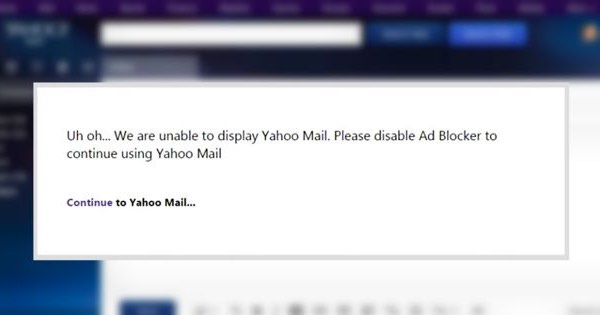 As the ad tech industry marches toward programmatic automation, so does native advertising. Ads are routinely served through third-party ad networks and exchanges. Even the publishers cannot tell what native ads are served at a particular moment. The advertisements might look native at first glance, but under the hood, nothing is native.

Web browsers, as a result, have to hop through many servers just to display an ad.  The ad blockers simply need to stop one of the connections to block an ad. Game over.

As publishers wake up to the fact that their native ads are getting blocked, the arms race between ad blockers and ad tech companies rages on. A few native ad networks offer circumvention by placing scripts on the publisher’s server. By turning the publisher’s server into a proxy, ads can be delivered through the publisher’s own domain. This method, however, needs to be carefully planned due to potential security and scaling problems.

At the time of this writing, all 5 biggest native ad networks are blocked by ad blockers. On the other hand, Yahoo recently deployed anti-ad blocking technology by Clarity Ray, a company it acquired in 2014 (http://tinyurl.com/zbu28am), to combat ad blocking. Some native ads are now visible to ad blocker users on Yahoo own home page.

In response, ad blockers are getting better at detecting ads. Native ads delivered through the publisher’s own content management system (CMS) can be blocked if the ads are in a well-formatted structure. On top of that, through selection rules, the blockers can still hide the ads even if they load. Some ad-blocking plugins are also experimenting with making fake clicks on ads without showing them (http://adnauseam.io/).

Finding an easy way out, Taboola, together with Criteo and Amazon, reportedly was the first native ad network to pay Adblock Plus for whitelisting privilege. In other words, the big networks realize that fixing the system takes time and would rather pay to get ahead of competitors – a winning move for those who can afford it.

In essence, the only ones who really reap the benefit from this blocking war are ad-blocker creators and ad tech companies. 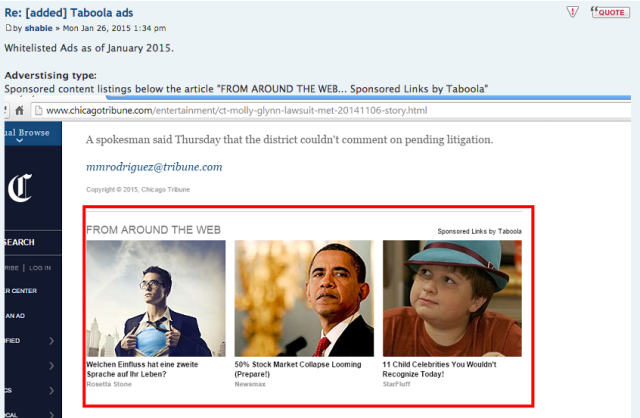 With millions of ad-blocker users suddenly locked out of their Yahoo email accounts, publishers are hoping they don’t have to adopt something that may work one day and stop working the next. Hopefully, with the FTC’s recent scrutinizing of native advertising (http://tinyurl.com/qca49og), requiring that “an ad should be identifiable as an ad,” common sense will be restored. The truth is, native ads are just display ads on steroids. They can be and are being blocked.